The vaquero on horseback amid cattle brands display, is currently hanging on the feature wall in the Civic Center lobby, depicts the raising and branding of cattle, which was prevalent during the rancho period. Framing the display are branding irons from many famous historical figures, including Mexico's last governor Pio Pico; Don Juan Avila, a former owner of vast amounts of land during the rancho period; and the branding irons of South Orange County historical icons Lewis Moulton, Richard O'Niell, Dwight Whiting and James Irvine.

Learn more about the Mixed-Media Artisans, Paul and Claudia Riha. 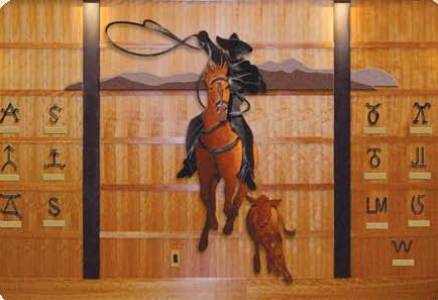